I will use the beginning scene in my third novel Gunny Mac Private Detective Trouble in Tomahawk Gap as an example.

PS. This is not a scene! 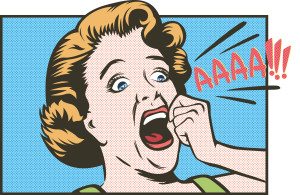 What is the purpose of a scene? It has only one main job…to drive the story forward!!! If it doesn’t move the story along what is its purpose?

Forget it kid…forget the scene… UNLESS…it does one or several of the actions listed below.

I’m going to make this simple because I’m a simple guy…give me some bourbon and a cigar and a good radio to listen to a baseball game and you have a scene my personal scene.

Just joking…a scene has a beginning, a middle, and an end.

If you start a scene with me sitting on my porch, smoking a cigar, and listening to a baseball game you might bore someone to death if that’s all that happens.

Let’s flesh it out using the above points. The man sitting on the porch is the protagonist…at this point, the reader doesn’t know this. He’s a retired Marine Gunnery Sergeant who raises horses in Colorado. (Introducing the setting)

Gunnery Sergeant Mac is searching for peace after being wounded on Iwo Jima. (Introducing the main character)

Up the pine-covered hillside in front of him, he hears a shot and a man comes tumbling down the side of the hill. (Showing an inciting incident)

He grabs his rifle and runs toward the man. When he draws near and sees the man; he realizes it’s one of his former Marines. (Intensifies a potential conflict)

The wounded man says something to him and dies. (Leaving the reader hooked and wanting to read the next chapter)

Wow! This is the beginning of my third novel.

But ladies and gentlemen is that easy or what? It is this simple to set up a scene.

Do you have to have all these points …no…depends on what you need the scene to accomplish for your story.

What is the purpose of this scene…you probably can figure that out quickly. All I have to do now is flesh it out. Does it have a great ending? Yes, the man dies as he is telling the protagonist something important that sets the stage for the rest of the book.

Now on to Lesson 6 where we will see some scenes from my published novel Gunny Mac Private Detective Trouble in Chinatown.