Lesson 4: Gunny Mac Private Detective. How did I Start? 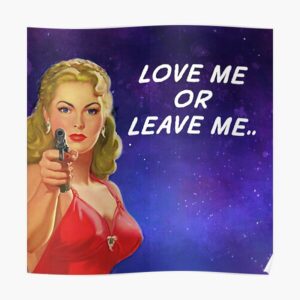 I wanted to write about events in the 1940s and 1950s because I love that time period.

I have a certain genre I love.

I always have a main character that I love.

I always have a sense of the story I love

I love dogs…so they are in my novels.

I’m Catholic, and some of my heroes are priests and characters who profess to be Catholic.

I like good guys to win and bad guys to lose.

I also write about things that I’m passionate about or have some information that can help me write the story.

As you can tell, I already have elements of my story included every single time.

I can’t figure out how somebody can write fantasy and create a whole new world that they never experience. I wish I could do that.

My stories tend to be sentimental, hard-boiled, detective novels. Why?  Because I like those types of characters.  I like sentimental characters when they have to be… and when the need arises… to be violent.  Kindhearted and sweet when they need to be, brutal and unforgiving when they have to be. I like to write about a person who recognizes their need for redemption. That’s because most of us are far from perfect human beings, and we need redemption.

So now I had to find a concept and premise that I could put these elements into and have a story.

After some research, I accidentally ran into a bit of history. Please remember I love World War II history. I found out that President Roosevelt was convinced that the First Marine Division fighting for its life on Guadalcanal was about to be defeated. He knew if Guadalcanal fell the Japanese would attack Hawaii. So he came up with a plan to collect all the currency in the islands and burn the money at two locations: at a mortuary and a sugar cane factory. He then would reissue American dollars with the word Hawaii stamped across the back of each bill. If the Japanese did invade Hawaii they could not use our currency against us.

You can still buy some of the bills with the word Hawaii stamped across the back of a bill. I also located a 500-page report written by a General during that time, which briefly discusses the burning of the money and the problems they were having in the Hawaiian Islands at that time.

Concept: What if President Roosevelt in 1942 felt he had to collect and burn all currency in Hawaii and reissue notes with Hawaii written across the back of each bill.

Premise: What if four wounded veterans are the only ones to stop gangsters, government officials, and crooked cops from stealing the money.

Bingo…I had what I needed to begin my story!

In Lesson 5, I will discuss my next steps involved in writing Gunny Mac Private Detective Trouble In Chinatown.